How I’ve Grown in a Year

The 15th is officially the 1 year anniversary of Embracing Insanity (then called Aloha’s World), but I’ve been blogging for a bit longer than that. I started a few blogs and tried to get them off the ground, but none worked before this one.

That being said, one such failed patch of the interwebs, The Doomy Ruler, was around for more or less a month. And it just so happens that I had some things to say about the return to school then, as well. I cringe when I read it, because I believe (read: desperately hope) that I’ve grown as a writer and particularly a blogger since then.

Still, it’s interesting to see how my feelings have changed.

Anyway, here’s the post I wrote exactly one year ago, on the subject of the first day of school. 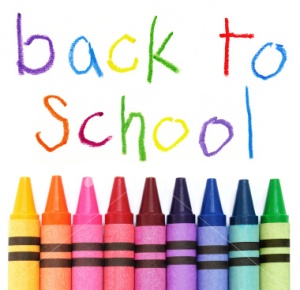 The End of Summer as We Know It

Tomorrow is a school night.

Yes, there, I said it. It’s true. Summer is over. I can’t believe I’m saying that. It feels like it just started. I can remember the last day of school, the first day of summer….. ahh, in those days I felt like I had the world on my side. That I had two months to ride and write and just be my spazzy dooming ruler novelist self….

Alas, all good things come to an end. I suddenly find it all too appropriate to be writing a postapocalyptic novel.

What’s the name of a book about the end of summer? Post-apocaljuly?

Hehe. That’s funny to say aloud. Try it. Ten llamas if you do.

Speaking of llamas…. okay, I say that when I’m about to change the subject to ANYTHING. Or sometimes the conversation will be on shoes, I’ll say, “Speaking of toasters,” and go on to converse about homework. Yes, I’m spazzy like that.

Speaking of spazzy….. okay, I did it again, lol. Random topic led into by one of my other favorite words. And I didn’t even do that on purpose.

Anyway. I rode Alli in the wash today. We rode probably a good five or six miles there and back…. half of it at a dead run. She and I both love to run in the wash ^.^ Funny, how Aloha can be the laziest horse on this planet, but when she wants to run, she can RUN. Lol.

I’ve been listening to the llama song for an hour and a half straight. Pretty awesome. *yawn* But I’ve got to get up at six, an early start on my last day of summer, so I’d better go.

(P.S. Ooh, a question. For those of you that don’t go back on Wednesday, when do you go back to school? And how are you feeling about it?)

Okay, how awful was that? I was SO MATURE that I bleeped out words like “school” and “homework”. I thought it was funny at the time, but now I realize it was just annoying. Plus, the post sounds more like a chatroom log than actual writing, due to my constant use of “lol” and senseless emoticons. I was such a dork.

Hm, it’ll be interesting to see what I think of this year’s writing next year, when I’m looking back again. Hopefully I won’t think I was an idiot in 2011.

Housekeeping: An apology to my email subscribers. I found out just a few days ago that my tried-and-true method of adding a “placeholder” post in case I couldn’t get something up in time for the midnight deadline doesn’t work. All you guys just get an email with the stupid ten-word placeholder post, and it doesn’t send you another email shortly afterwords with the real stuff. So if you’re reading this off your email, and you’re ticked because half my posts of late seem to have been less than a coherent sentence long, fear no more! That won’t be happening again. I apologize for the inconvenience.

A teen writer and future world ruler. Llamas make me happy.
View all posts by Aloha →
This entry was posted in Misc. Posts and tagged comparing old posts, education, humor, improvement, looking back in time, postaday2011, return to school. Bookmark the permalink.

3 Responses to How I’ve Grown in a Year